Inside The Super Rich Grand Design - One Roof Article 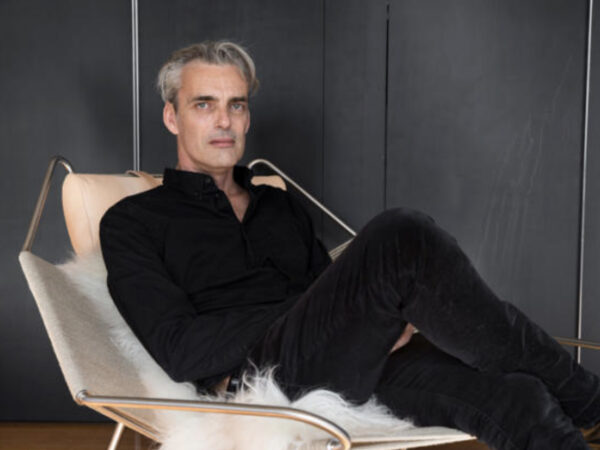 New Zealand’s rich and famous don’t just want the most luxurious, expensive home on the block; they want work of art.

“Before then, people wanted to do things cheaply. The idea of a more finely crafted house with bigger budgets didn’t come in until the early 2000s,” he says.

“Now people want bespoke solutions on special pieces of land. We joke in the office now that there are just the tricky sites left.”

Architect Francis Whitaker, who is known for his work around Queenstown, says the homes he builds are “simple houses in a beautiful environment”.

“If you don’t have the environment, then it will not work, and we have the most stupendously beautiful physical environments,” he says.

His clients are well-travelled and well-educated “aesthetes of life”. They don’t give what he calls “a greedy brief”, but focus on what gives them personal enjoyment.

“They are interested in beauty, lifestyle, health and wellbeing, their families; they are wonderful valuable people who contribute to their communities. They know they should pay for something that is really special, and they do their research thoroughly,” he says.

“They understand what you’re saying. It’s enormously satisfying to analyse the site with them so they understand climatic issues in New Zealand.”

“There’s been a seismic shift in New Zealand and the world about healthy environments, comfort and performance. We’re talking resilience too – having their own solar arrays and batteries, water supply and so on,” he says.

Marshall says buyers would be looking at costs of at least $8000 to $10,000 per sqm for things like exposed wood, beautiful craftsmanship, not counting engineering, earthworks or landscaping.

Covid-induced supply chain problems haven’t helped. “We’ve had to make decisions about the supply chain in our designs, what things cost and what can we substitute. For a recent project, we used a German aerated clay block and imported European triple-glazed joinery directly,” he says.

One city beachside project of over 1500sqm is likely to cost over $12 million, and includes a warehouse-basement for the owners’ 10 cars.

Interior designer James Doole, who has worked with rich-lister Diane Foreman on many of her house renovations, says projects can take as little as three months, but others can last as long as three years.

“The interiors of the new Victoria Lane apartments [in Auckland’s Remuera], we put that together with developer Richard Kroon and Leuschke architects over two to three years,” he says, adding that interior budgets can run to millions dollars.

Doole relies on a black book of New Zealand crafts people for custom-made furniture, lighting and fixtures and importers of fine antique furniture from Europe. “They can do anything. Sometimes with international clients we’ll shop off-shore, but we try to keep it local,” he says.

It’s not always about creating super-modern glass and concrete buildings, though.

Auckland real estate agents Terry and Diana King set up their agency, Remuera Register, to feed their passion for interior design, and now they help buyers see the potential for modernising – but not too much – the grand old mansions they sell.

“When people do their due diligence, they bring in their architect. The thing I’m plagued with is that I can see what the house should be like, and love it when it comes out exactly as I saw it,” he says, reeling off a list of the city’s must-have architects and designers.

Many of them declined to participate in OneRoof’s article, citing client confidentiality. They rarely enter awards, their work is not seen in magazines, and some of their projects never feature on their websites.

Jason Bonham, who runs a design practice with offices in New Zealand and Los Angeles, says most people have no idea of the number of high-end projects in New Zealand. “There’s a lot of misunderstanding, people only see the mid-level projects in magazines, but the top end is unbelievable,” he says.

“We've done a $10m refurbishment for architecture and interiors, not including the art. In the last five years we’ve brokered $20m of art through a New York art gallery for our clients.”

Like his colleagues, Bonham is bound by confidentiality for his private clients, but says there are clients with budgets of $10m to $20m for their New Zealand homes.

“There is a lot of wealth here. It’s very quiet and very different, a mix of self-made and old money,” he says.

“The international clients get very involved in their local communities. They could be bringing in $40m to $50m into the community.”

Bonham says each project is different. “There is no budget. We can never repeat anything, as these people are connected in social circles and do a lot of entertaining at home, so we keep an inventory so we don’t repeat the same thing on their friends’ houses.”

Bonham says he is often called back every four or five years by clients to refresh an interior or rework their furniture and colour schemes. “Because of Covid, people were living in the house a lot more - they weren’t travelling or on the boat - so they wanted to be surrounded by more comfort and great art.”

But the public will rarely see that comfort or art. Bonham says most luxury homes are well hidden for good reason. “The owners want lifestyle acreage, privacy and a real sense of security. There is a lot of very high-tech security - hidden cameras and microphones etc. – in their homes.

“There are places in the Bay of Islands, Matakana and Waiheke - big houses you wouldn’t know about. They can be 1200sqm to 2000sqm in size, to accommodate the art, car and furniture collections.”

Build it, they will come

Whitaker says his Australian clients love houses that make the most of the benign climate, while Americans love being in a safe haven on the furthest corner of the world. Many Americans, he says, love that New Zealand mountain communities are still relatively egalitarian compared to the stratified resorts back home.

“They’re smart investors, they know the equities market. They can sell [a house] for more than they paid for it,” he says, pointing to the early planned luxury community of Millbrook, outside Arrowtown, where houses that originally sold for $1.3m now fetch $5m.

Barfoot & Thomson agent Paul Neshausen knows there is a huge demand for designer homes completed to a “Vogue” standard; he regularly hears from clients who have $10m-$15m to spend on those very homes.

The problem is there are not many homes like this in existence, Neshausen says. "I keep saying to developers, just build it and they will come.”

He says some developers are reluctant to build these sorts of big, expensive homes because, at the moment, there is too much wrestling with councils for consents, followed by more wrestling for hard to come by building supplies.

"What was a perhaps an 18-month build for a palatial $12 million mansion has no end date in sight," he says.

PayPal billionaire and New Zealand passport holder Peter Thiel knows that pain point all too well. His mega house near Wanaka was recently given the thumbs down by Queenstown Lakes District Council planners “due to adverse landscape outcomes".

The 330m-long, grass-roofed complex, with 10 guest accommodation units over a basement floor of 1165sqm, a private 565sqm owner's pod, a meditation building, and other management buildings was deemed too big for the rural zone and outstanding natural landscape.

The ultra-modernist house, tucked beneath the earth with floor-to-ceiling glass walls was designed by Japanese firm Kengo Kuma & Associates that also designed the 68,000-seat Japan National Stadium for the 2020 Olympics. Time will tell if it goes ahead.

Your practice is not known for renovations. Why take this one? We engage in commissions based on the potential of the project and our relationship with the client. Although a clean slate can seem more...

Where do you draw your architectural inspiration from?From the work of Le Corbusier and the Brazilian architect Oscar Neimeyer: Neimeyer's work prescribed to the aesthetic and social principles of modernism, but it also has a...